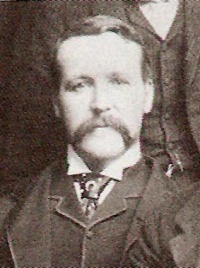 Thick was one of the more colourful members of the investigative team and widely known by the nickname “Johnny Upright”, although whether this referred to his character or posture is uncertain. He joined the Metropolitan Police in 1868 (warrant no. 49889) and, at the time of the murders, was posted to H Division. His surname is spelt with a terminal “e” by many commentators.

In a letter to the Home Office dated 14 October 1889, a Mr H.T. Haslewood of Tottenham accused Thick of being the Ripper.